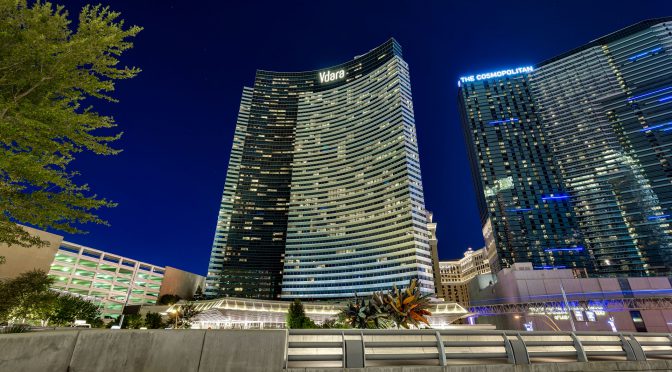 The party starts early in Las Vegas and lasts for as long as you can stay awake. Eventually, you’ll need to lay your sleepy little head somewhere. Since there is no shortage of places to stay, we figure a heads up is in order to some of the newer kids on the block. The are some fantastic hotels making an impact, we’ll give you the top 5. 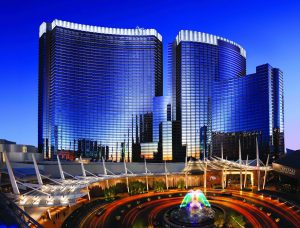 The $8.5 billion CityCenter opened in 2009  with the Aria featured as the focal point to this amazing property. The hotel, which stands at 61 stories tall, has 4,004 hotel rooms, a casino, a convention center, more than a dozen restaurants on the property, pool, and a spa. The rooms are modern and feature five-star amenities such as floor-to-ceiling windows, touch-pad lights, and granite-topped bathroom counters. In addition to the numerous restaurants, the resort also features 3 teardrop shaped pools and a theater. 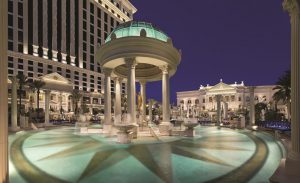 The Nobu Hotel Caesars Palace, which opened in 2013, is the creation of world-renowned chef Nobu Matsuhisa, whose famed sushi restaurant, Nobu, has locations across the world. The boutique hotel is located in Caesars’ Centurion Tower, with a mere 81 rooms which includes 18 suites and also houses the world’s largest branch of Nobu restaurant. Guest perks include free access to QUA Baths & Spa and the fitness center, and VIP access to the restaurant, as well as to Pure Nightclub. 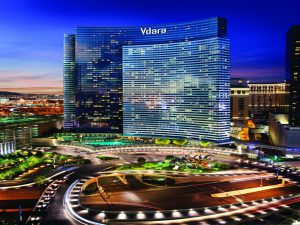 After a long day of buzzing around on the strip, a relaxing trip to the spa is the perfect way to unwind. Booking a stay at the Vdara lets you enjoy their 2-story, 18,000-square-foot Spa & Salon. The 578-foot tower houses nearly 1,500 suites that feature a luxurious and  modern design. The Vdara’s suites are all privately-owned residences whose owners have chosen to participate in a program allowing their properties to be rented as hotel rooms. The major highlight to this 57-story building is the exceptional spa, which features 11 private treatment rooms, a steam room, sauna, fitness center, full-service salon and a smoothie bar. The Vdara is a non-gambling condo-hotel and is located near the Bellagio casino. The Vdara made its debut on December 1, 2009. 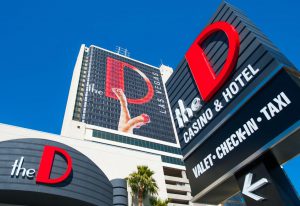 The D Las Vegas makes it’s home in the former Fitzgerald Casino building, a 1970s remnant that’s been remodeled from top-to-bottom with a $15 million renovation. The Hotel debuted in the city’s downtown area in fall of 2012  to tourists who were excited to have a hotel with upscale and modern decor, and lower prices than its nearby extravagant competition. The D Las Vegas features 638 rooms, daily live entertainment, and vintage slot machines. The 2-story casino features standard game tables, and not-so-standard “Dancing Dealers,” a staff of sexy, go-go dancing card dealers. 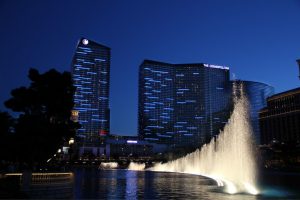 The two towers of the awe-inspiring hotel casino Cosmopolitan of Las Vegas opened in December 2010. It features 3 pools, a spa, and over a dozen restaurants, many of which are owned by celebrity chefs and restaurateurs. The massive 100,000-square-foot casino features floor-to-ceiling glass walls to enjoy the view of the Las Vegas Strip.