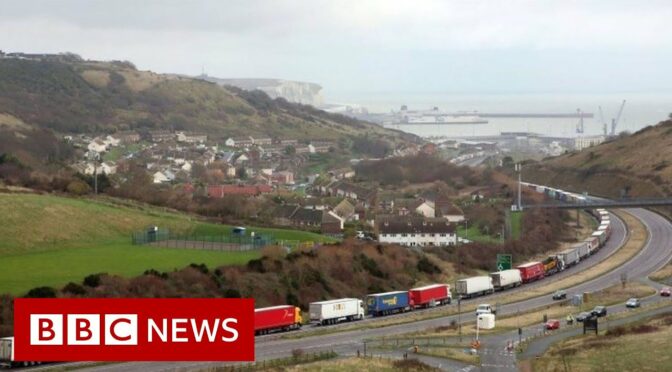 Boris Johnson’s government is under intense pressure, with the new variant coronavirus spreading rapidly and dozens of countries banning travel from the UK. The UK’s scientific advisers are warning that even tougher restrictions will be needed to contain the new strain of the virus. The prime minister has sought to reassure the public that food supplies are not under threat after France banned the entry of freight lorries from the UK. More than 40 countries have banned flights or imposed restrictions. There have been long queues on the roads of Kent to the port of Dover. The pressure comes with Britain still set to leave the EU without a trade deal at the end of December. Huw Edwards presents BBC News at Ten reporting by political editor Laura Kuenssberg, Caroline Davies at Dover and business editor Simon Jack.