MIAMI (AP) — Hurricane Dorian powered toward Florida with increasing fury Friday, menacing its eastern coast with a potentially devastating direct hit but giving indications it might deliver just a glancing blow as it marches up the coastline.

Forecasters warned that no one is out of danger and Dorian could still wallop the state with “extremely dangerous” 140 mph (225 kph) winds and torrential rains late Monday or early Tuesday, with millions of people in the crosshairs, along with Walt Disney World and President Donald Trump’s Mar-a-Lago resort.

It’s growing in intensity, but some of the more reliable computer models predicted a turn northward that would have Dorian hug the coast, the National Hurricane Center said. 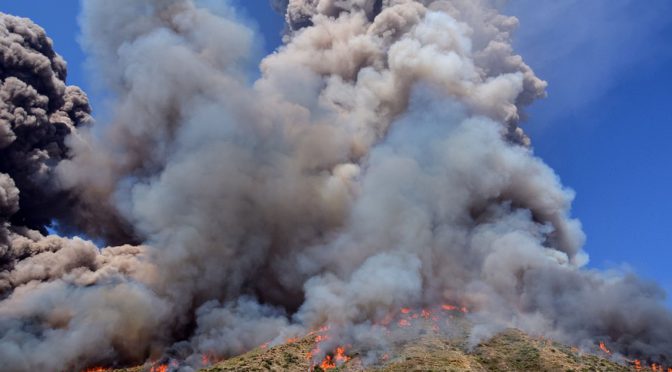 This widely-shared video shows the moments of panic aboard a boat carrying tourists as it was almost overwhelmed by a volcanic cloud after the Stromboli eruption in Italy on Wednesday. 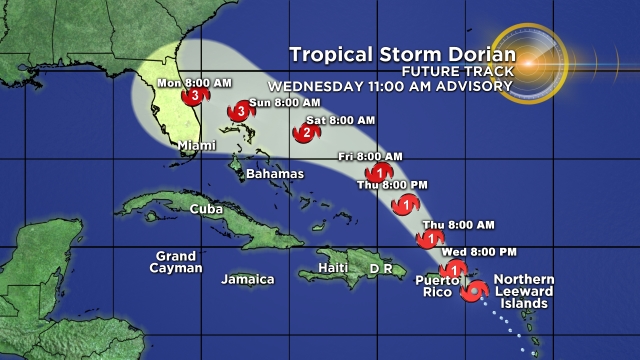 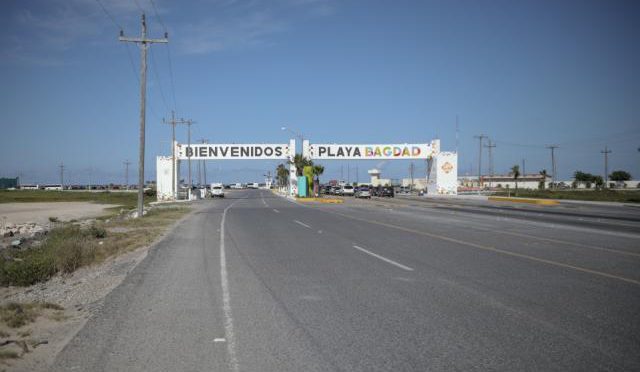 PLAYA BAGDAD, Mexico (AP) — At the very eastern end of the U.S.-Mexico border there’s a long strip of sand where the Rio Grande meets the sea. It is called Playa Bagdad — or ‘Bagdad Beach.’

Unlike the Tijuana-Imperial Beach border on the western end, here there are no steel pilings marching out to sea to stop migrants from swimming, wading or paddling across to the United States.

In Playa Bagdad, which is spelled ‘Playa Baghdad’ by the Drug Enforcement Agency, it’s apparently unnecessary: This is a beach for drugs and crime, not migrants.

As attention focuses on the migrant crisis along the border that has drawn harsh rhetoric and actions from President Donald Trump, Playa Bagdad seems to have escaped notice.

Here, there are no walls or border guards, just miles of dunes and Gulf coast beaches marked only by simple wooden huts or awnings held up by sticks. 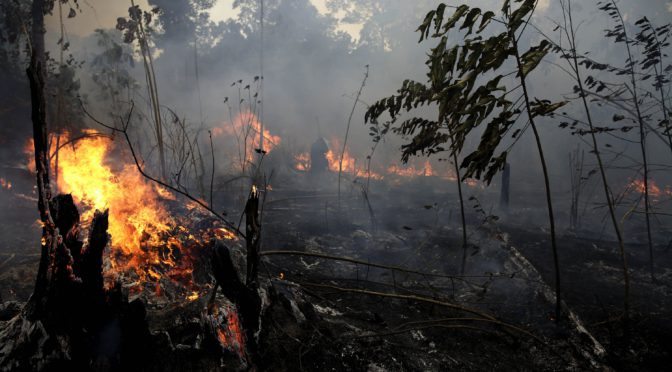 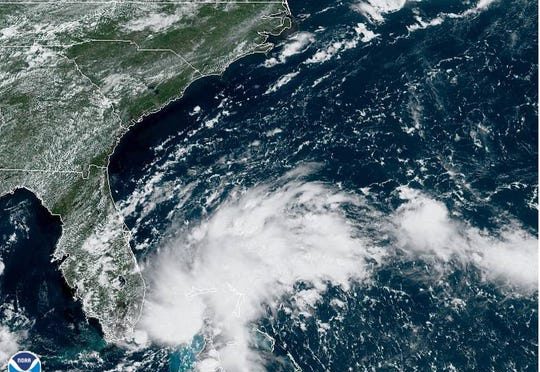 A new tropical depression has formed in the Atlantic Ocean between Bermuda and the United States but isn’t expected to threaten the U.S. East Coast.

The National Hurricane Center in Miami reports Monday that the storm is about 295 miles (480 kilometers) southeast of Cape Hatteras, North Carolina, and has maximum sustained winds of 35 miles per hour (55 kph). It is moving east at 2 miles per hour (4 kph).

The center says Tropical Depression Six is expected to become a tropical storm Monday night or Tuesday but will remain “well east” of the East Coast.

Much of the eastern Caribbean island of Barbados shut down on Monday as Tropical Storm Dorian approached the region and gathered strength, threatening to turn into a small hurricane that forecasters said could affect Puerto Rico and its neighbors later in the week.

The U.S. National Hurricane Center issued a tropical storm warning for Barbados, St. Lucia and St. Vincent and the Grenadines. It also issued a tropical storm watch for Dominica, Martinique, Grenada, Saba and St. Eustatius. The storm was expected to dump between 2 to 4 inches (5 to 10 centimeters) of rain in Barbados and nearby islands, with isolated amounts of 6 inches (15 centimeters). 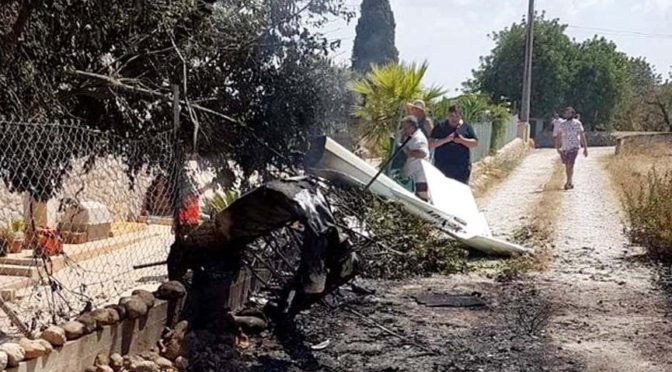 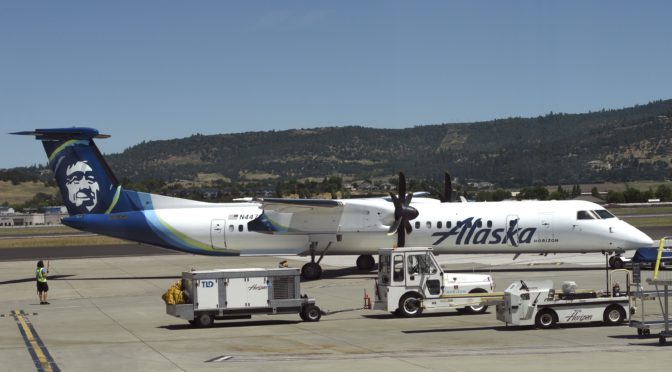 The Alaska Airlines website claims that those who pay the $75 unaccompanied minor fee can trust their constant supervision. “Once you’ve handed your child over to our care, he or she will remain under supervision at all times,” the website reads.

While the airline refunded the $75 fee to Davila, they responded in a statement claiming Davila’s daughter actually was met by an Alaska Airlines employee at San Francisco International Airport. However, they say she was asked to wait during a delay due to a mechanical issue.

“Caring for a child flying alone, without a guardian, is our top priority. We view them as the most precious cargo. Our investigation, which includes specific records that tracked the movement of our young guest, indicates employees did meet her when her flight arrived and escorted her to our Service Center at San Francisco International Airport,” Alaska Airlines said in a statement sent to WDTV.

“Our guest was asked to wait with employees at the Service Center, as her connecting flight to Seattle was delayed for 1.3 hours due to a mechanical issue. While we had tabs on our young guest the entire time, we understand that she may have felt unsupervised in the crowded area and for that we are deeply sorry. We also think we could have done a better job communicating with her. Given her experience, we are carefully evaluating our chain of custody procedures for unaccompanied minors making connections through SFO and will strengthen processes to make sure our young guests feel safe and attended to at all times while they are in our care.” 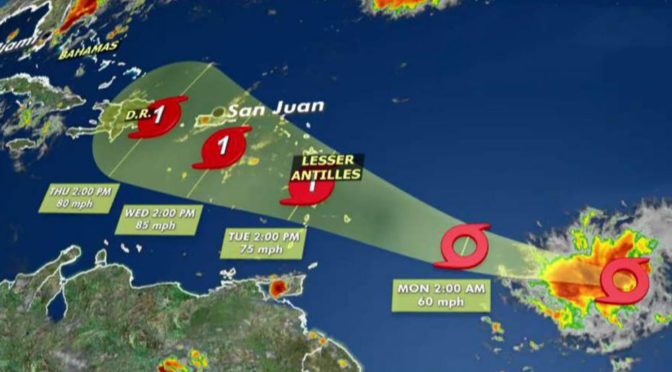 Forecasters issued a tropical storm warning for Barbados as strengthening Tropical Storm Dorian approached the island off the coast of northeastern South America on Sunday.

Authorities in St. Lucia, and St. Vincent and the Grenadines have issued storm watches, and the National Hurricane Center said additional watches and warnings would likely be issued Monday as the storm approaches the Windward and Leeward islands, which include Dominica and Martinique. Sunday, the storm was moving west about 14 mph but is expected to begin turning more northward on Monday and Tuesday, forecasters said. 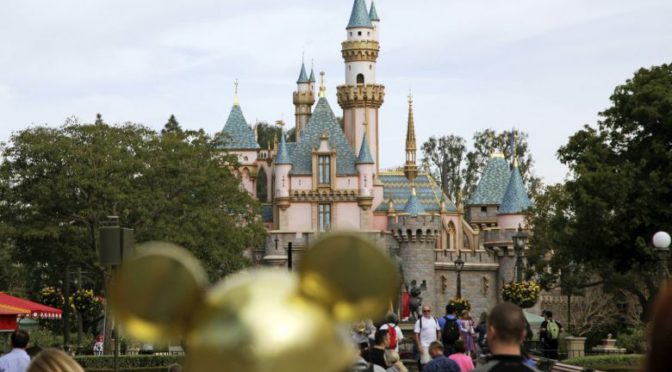 The alert comes amid the worst outbreak of measles in the United States in a quarter century, with more than 1,200 cases reported across 30 states since October 2018, according to the U.S. Centers for Disease Control and Prevention.

“The Los Angeles County Department of Public Health is looking to identify others who are at risk for measles and may have been exposed to a non-resident measles case that traveled to Los Angeles County while infectious,” the health department said in an advisory on Friday night.

The Orange County Health Care Agency said that the girl was in Southern California from Aug. 11 to Aug. 15.

During her stay in Southern California the girl visited the Universal Studios Theme Park and several destinations in Hollywood and Santa Monica, Los Angeles health officials said, adding that anyone who was also at those locations may be at risk of developing measles.

Orange County health officials said she visited Disneyland in Anaheim on Aug. 12 and stayed at the nearby Desert Palms Hotel. There was no information on her current condition.

So far in 2019 a total of 16 measles cases have been reported among Los Angeles County residents, and 11 infected people are known to have traveled through the county.

The CDC said earlier this week that there had been a 1.8% increase in the number of cases of the highly contagious and sometimes deadly virus in the United States between Aug. 8 and Aug. 15.

The disease was declared eliminated in the United States in 2000, meaning there was no continuous transmission for at least a year. CDC officials say the United States risks losing its measles elimination status if the current outbreak, which began in October 2018 in New York state, continues until October 2019.

Measles, considered one of the most contagious viruses in the world, infects 90% of exposed people who have not been immunized, according to the Los Angeles County Health Department.

Symptoms of the virus, which can cause severe complications and even death, include fever, cough, runny nose, red eyes and a characteristic rash which can appear up to three weeks following exposure.