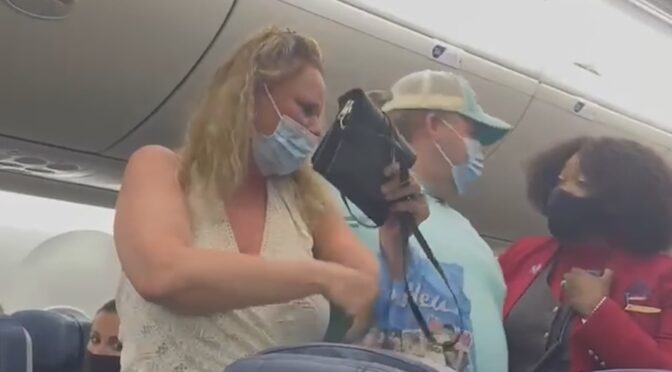 Two unruly passengers were removed from a Delta Airlines flight earlier this week after becoming aggressive toward flight attendants.

Witnesses onboard the Tuesday flight from Fort Lauderdale, Florida, to Atlanta, Georgia, told WTVJ that one of the passengers, a woman, was the primary antagonist. Sources said she was cursing at flight attendants and flipped them off.

Brianna Morfesi, a passenger on Delta flight 1582, told the NBC affiliate that she was seated a couple of rows away from the couple and filmed the incident.