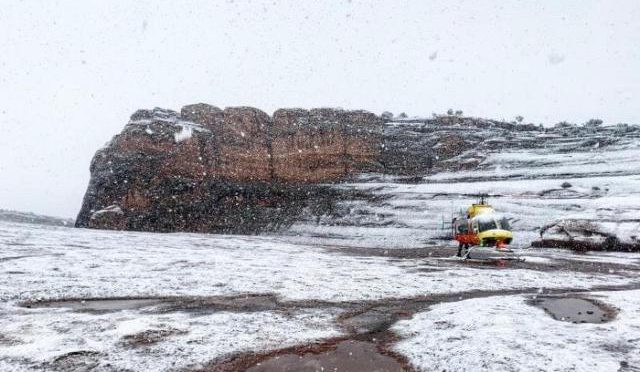 Two California visitors fell to their deaths while hiking to the Delicate Arch sandstone formation in Arches National Park.

An unidentified 60-year-old woman and 65-year-old man were killed in the fall Friday into the lower bowl area next to the iconic arch, according to a statement from the Grand County Sheriff’s Office in Moab, Utah.

A third Californian, a 30-year-old man, also fell and was injured. He was airlifted to Moab Regional Hospital.

It wasn’t immediately clear why the three fell. They appeared to be hiking together and may have been related, noted the sheriff’s statement. The weather was inclement and conditions were slippery following rain and snow. One area visitor responding to the Facebook post by the sheriff said there were “extremely strong winds” near the arch.