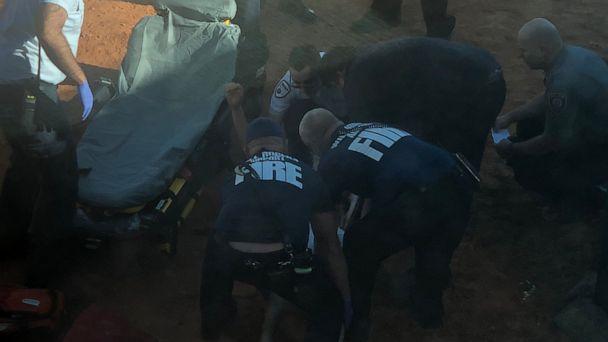 Police at Will Rogers Airport in Oklahoma caught up with a teen wanted on a felony warrant Monday afternoon — they just had to chase him across the runway to do so.

According to the airport, when United flight 5706 landed in Oklahoma City at about 1:45 p.m. local time, a 16-year-old passenger on the flight from Houston ended up jumping off the plane to avoid arrest.

“He has a felony warrant out of Cleveland County, OK and was going to be picked up from the airport by deputies,” Will Rogers Airport said in a statement. “Apparently he knew he was going to be picked up and when getting off the plane, he jumped from the plane down to the tarmac and a foot chase by airline, airport and law enforcement took place.”

He was then taken into custody by Will Rogers police.