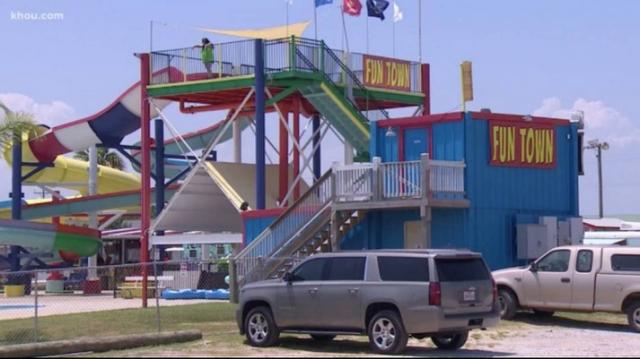 A teenage boy nearly drowned when he was sucked into a drain at a Texas water park last weekend, media outlets report.

Now the 14-year-old is in a medically-induced coma, family members say.

Caden Strimple was at the Fun Town Water Park on the Bolivar Peninsula, located southeast of Houston, with a friend when he lifted an underwater grate and slipped into the drain, Galveston County Sheriff Henry Trochesset told KHOU. The friend saw Caden was under about three feet of water and noticed he couldn’t free himself, the Houston TV station reported.

Then a park employee shut down the pump, which allowed Caden to escape, according to KTRK. He was rushed to a hospital with “serious internal injuries,”Trochesset told KTRK.