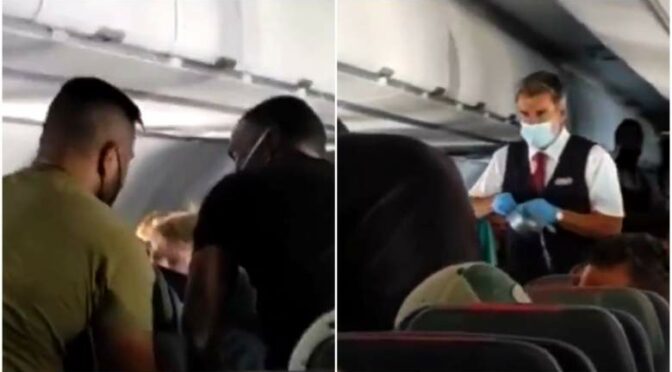 LOS ANGELES — A flight crew used duct tape and plastic handcuffs to restrain a 13-year-old who tried to kick out an airplane window, and part of the incident was caught on camera.

Passengers say his mother asked for help after her son tried to kick out a window and became physical with her.

In the video, you can see a flight crew member use a roll of duct tape as passengers try to help him subdue the teenager during his meltdown.

WATCH: 13 Year old boy is duct taped to seat after trying to kick out seat window on an American Airlines flight. pic.twitter.com/S1OATHv7tS