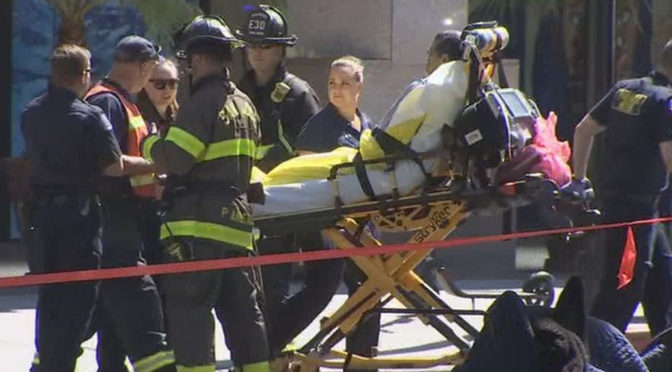 SAN JOSE, Calif. (AP) — Authorities say one woman has died and eight people have been sickened in a hazmat incident Saturday at a Northern California hotel.

KTVU reports Saturday that guests of the Fairmont Hotel in San Jose reported smelling a chemical odor — similar to a rotten egg —and feeling faint, light-headed and short of breath.

San Jose police Officer Gina Tepoorten says authorities are investigating the death as a suicide. Tepoorten said in an email the hazmat incident is related to the woman’s suicide.

Matlow said at a news conference more than 100 people were evacuated from the hotel. Exposure to the unknown chemical was believed to be “very brief.”

“Safety is our top priority and top concern,” said Fairmont Hotel spokesperson Michelle Heston in a statement to KTVU.

The hotel’s general manager did not immediately return a request for comment.

The TV station reports the woman who died is believed to be a hotel guest. The eight other people affected were taken to hospitals but none was believed to be in life-threatening condition.